It is required to rotate the screen to PORTRAIT mode to view the web. 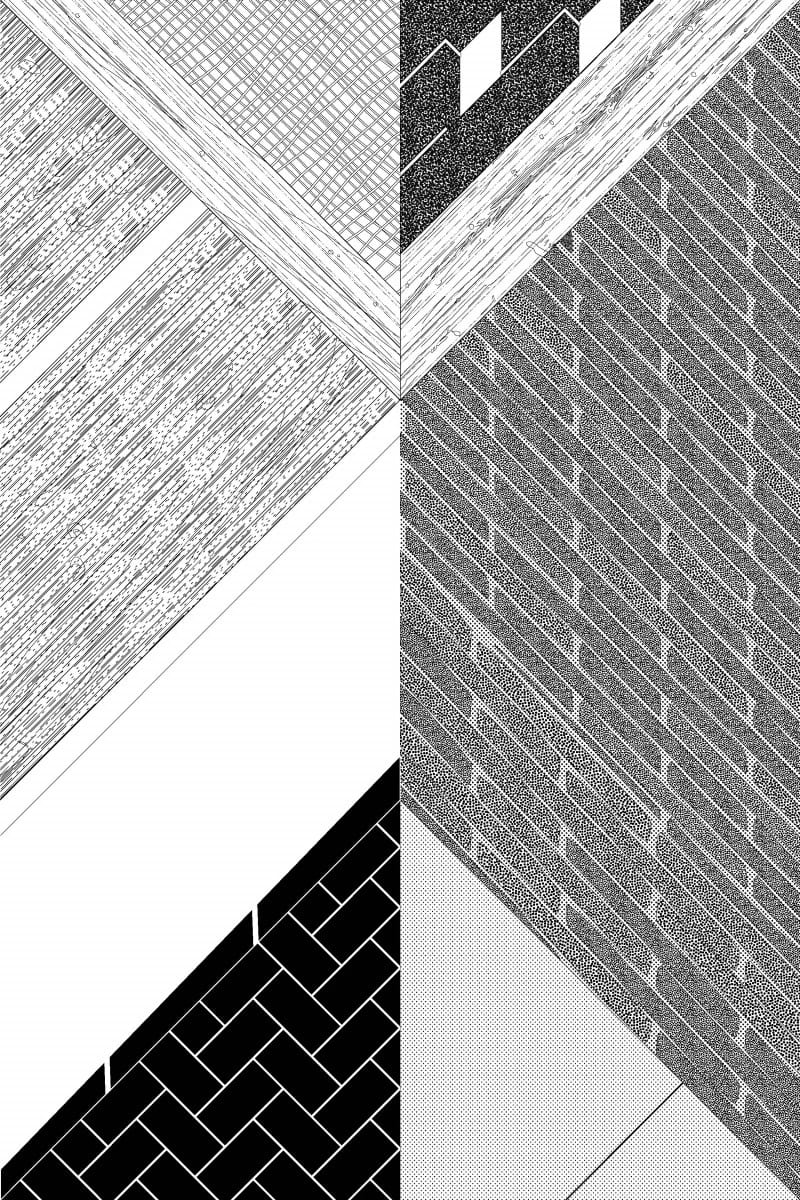 In Barcelona’s Gracia neighborhood the attic of a building is refurbished in order to convert it into an apartment.

The floorplan has a terrace that is almost as extensive as the indoor space. This condition generates a strong polarization between inside and outside and gives a dual character to the project. The duality between the two halves emerges from two aspects: materiality and the transition indoors-outdoors.

Inside two elements that maintain the constructive identity of the building are visually preserved. The first one is the wood beams supporting the brickwork that was used to create the roof’s slope. The second one is the brick wall that reveals the previous heights the building had had.  To these preexisting features, neutral and smooth materials, such as the concrete floor and the plasterboard walls are added finishing the enclosure.

The connection between inside and outside is made by doors. On this threshold the transition is accentuated by a height difference: the terrace is located two steps above the interior level. To solve this issue, a steel bench was custom made, acting both as sofa and as a stair. 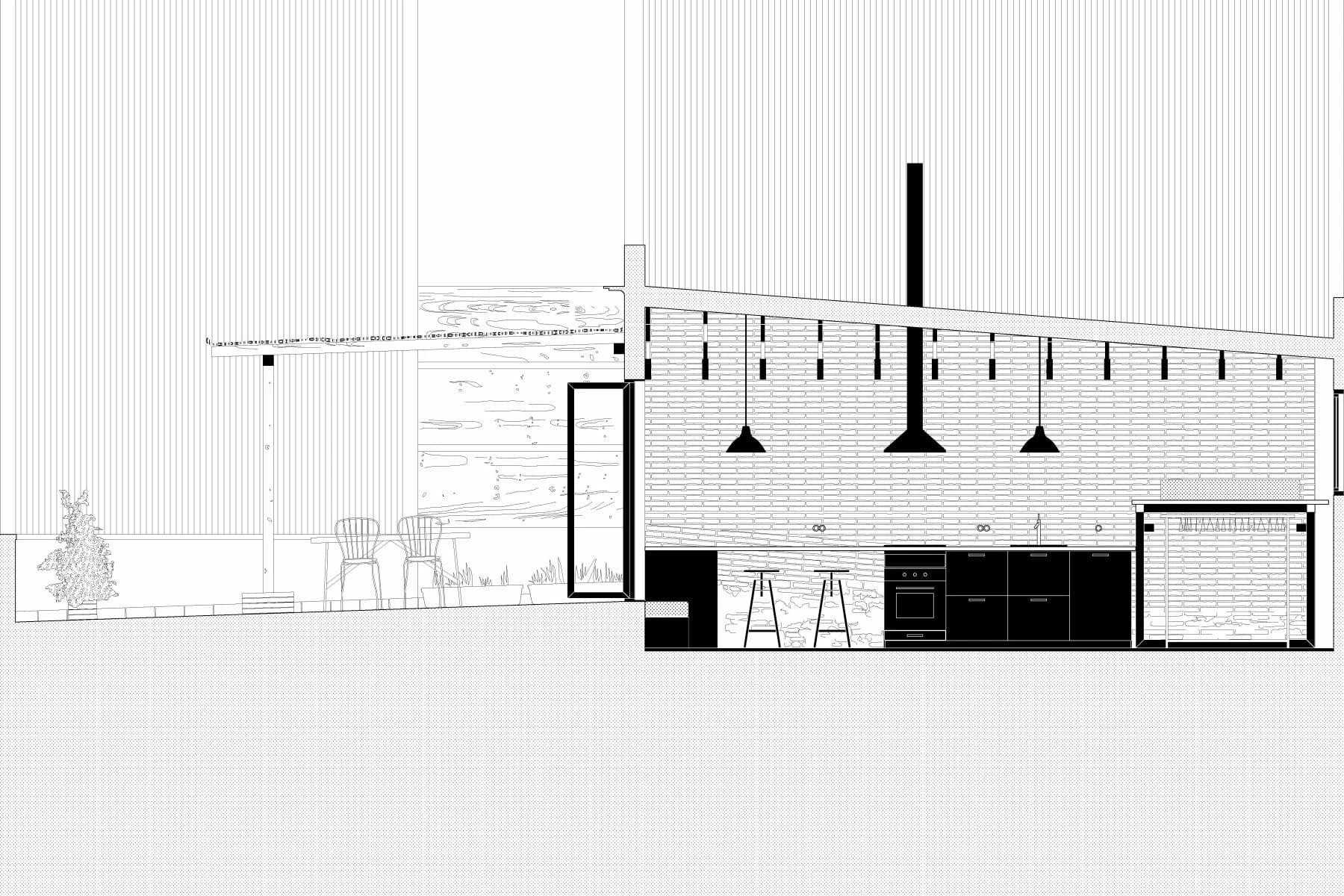 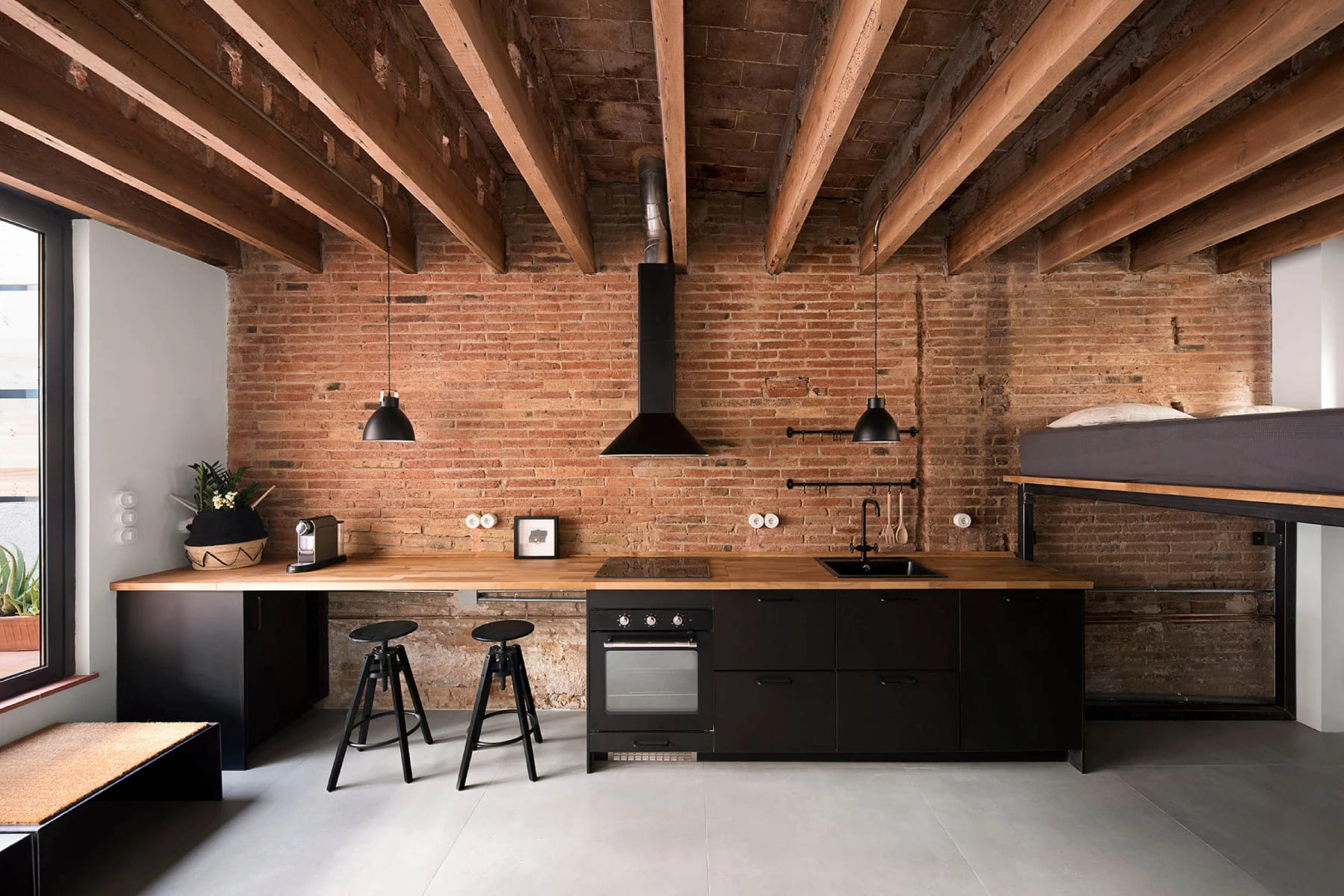 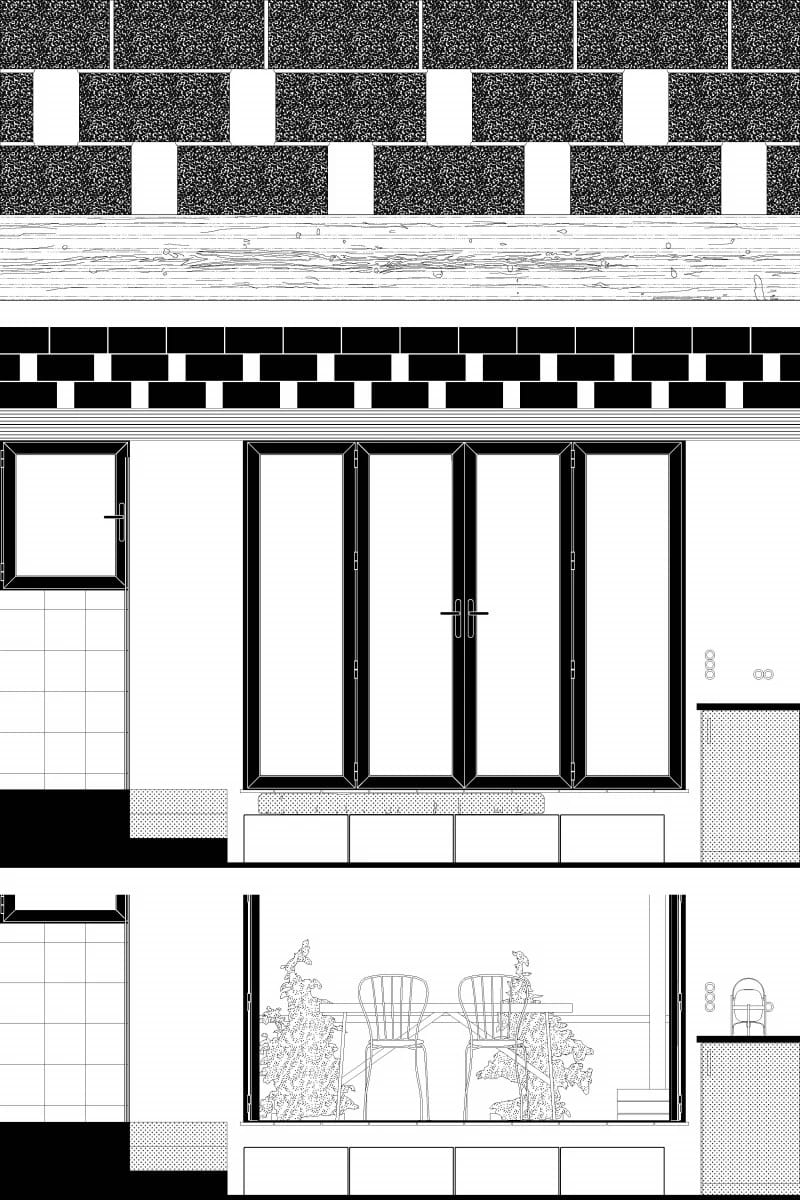 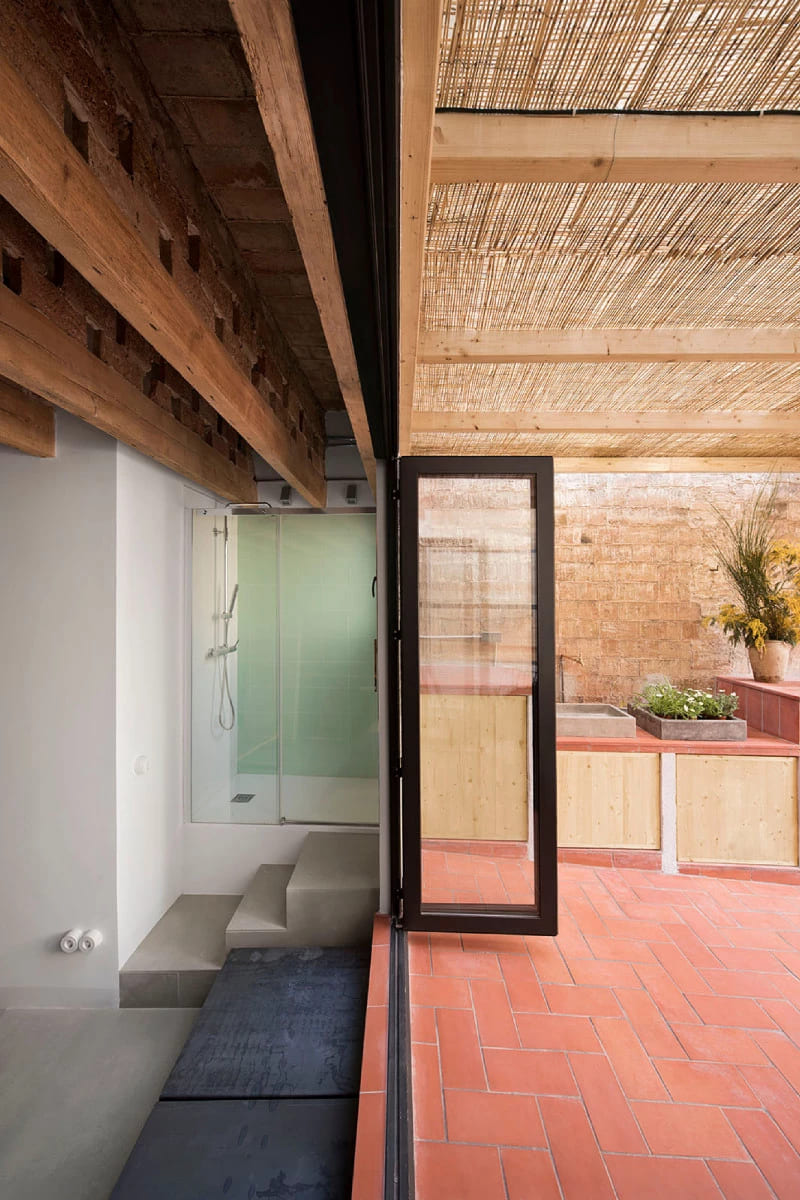 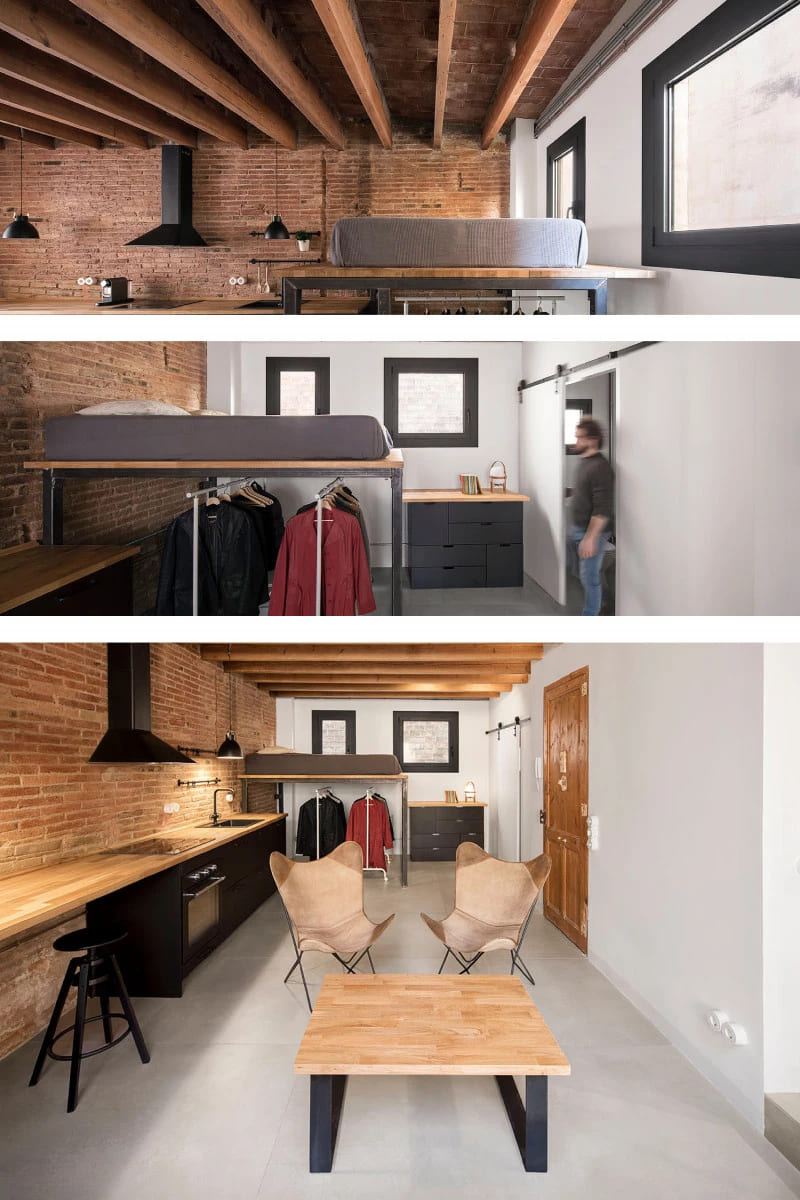 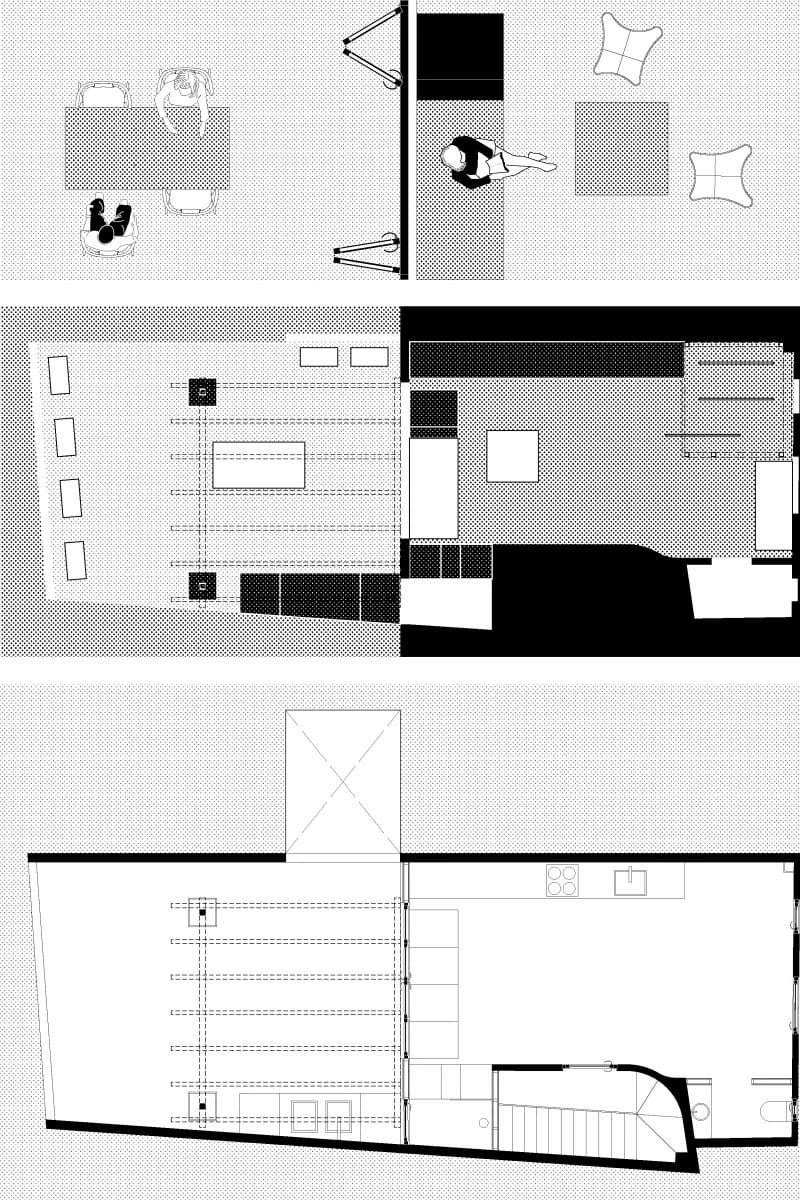 The footprint of the apartment is 30 m2. The impossibility to fit adequately generous rooms leads to a single space that does it all and two little appendices with toilet and shower respectively.

Previously, this attic would serve the building by being the water tank. Today, instead of water, a sequence of functions flows throughout the day. Kitchen, dining room, living room, study room, closet or bedroom.

To this end, the project has the minimum amount of fixed elements. Inside, these elements are steps that bring you to the terrace or the shower, together with a wooden slab that contains the kitchen appliances. All of them are pushed to the perimeter, freeing the central space.

Outside the only fixed elements are the pergola and a ceramic countertop with a stone sink. The remaining space is occupied by furniture and accessories that come and go depending on the occasion’s needs.

In order to optimize the floorplan, the bed is elevated by a steel structure that enables the space underneath as a storage nook.

The interior and the terrace are a continuous occupied by tables and other elements that together with the people inhabit the apartment. 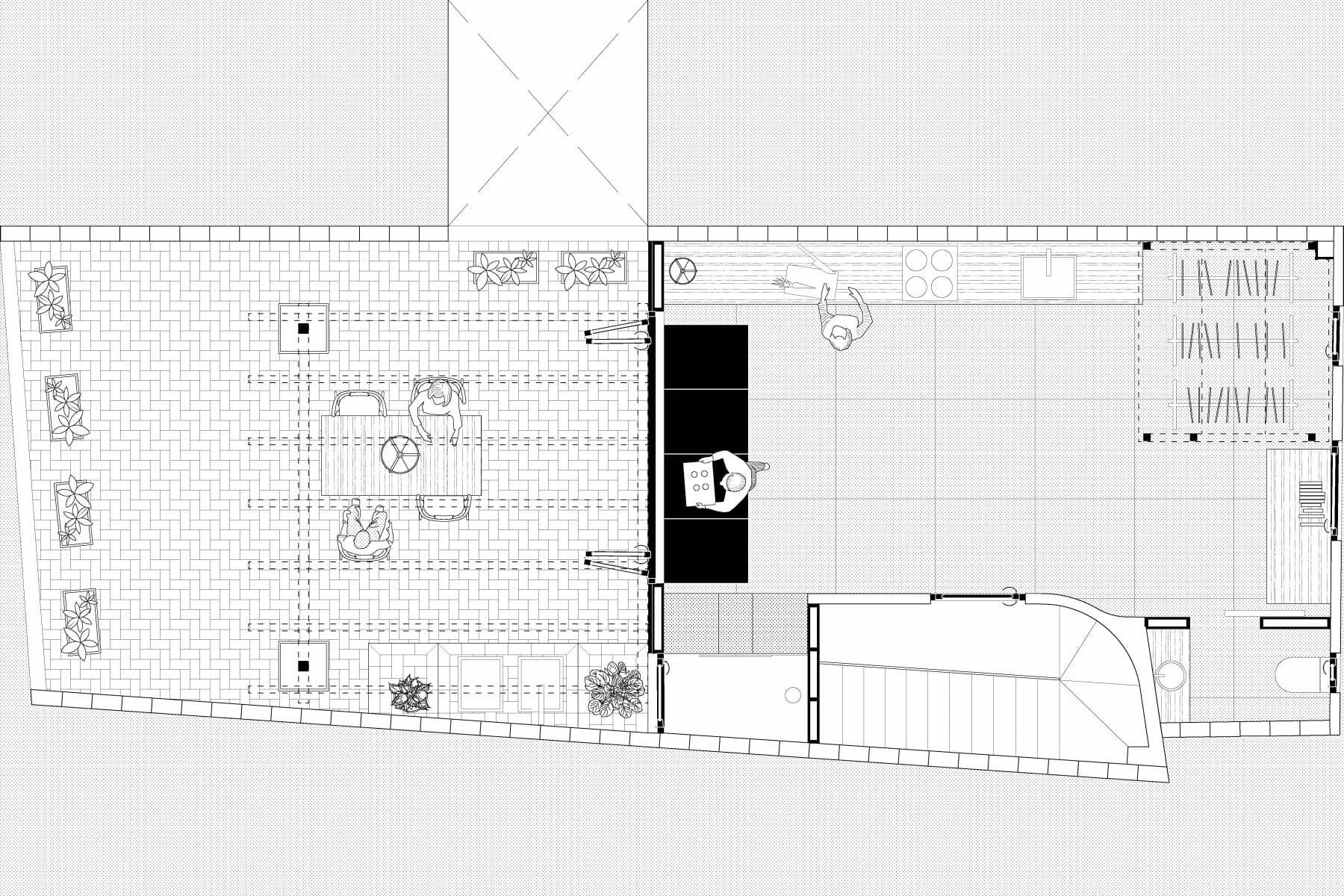 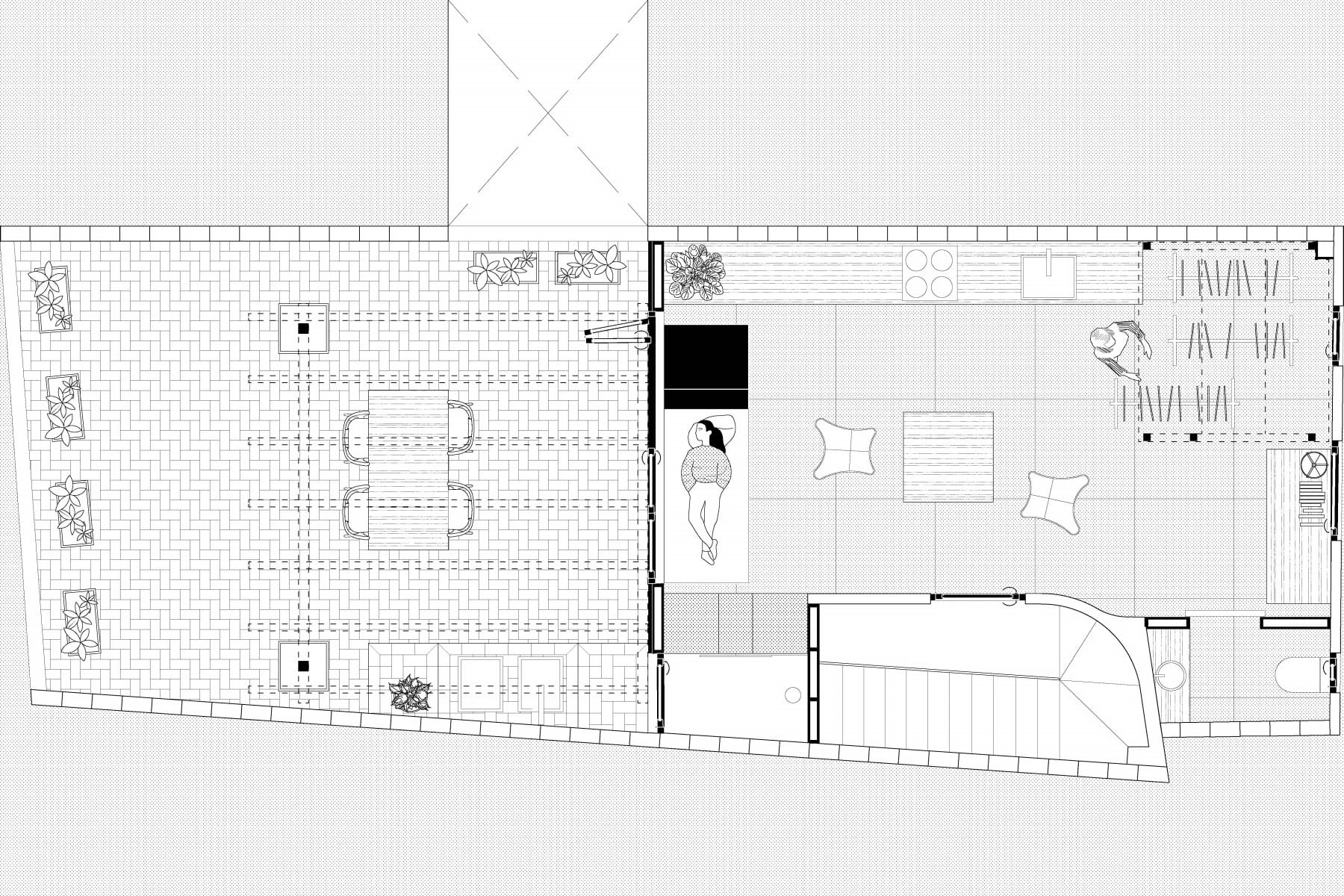 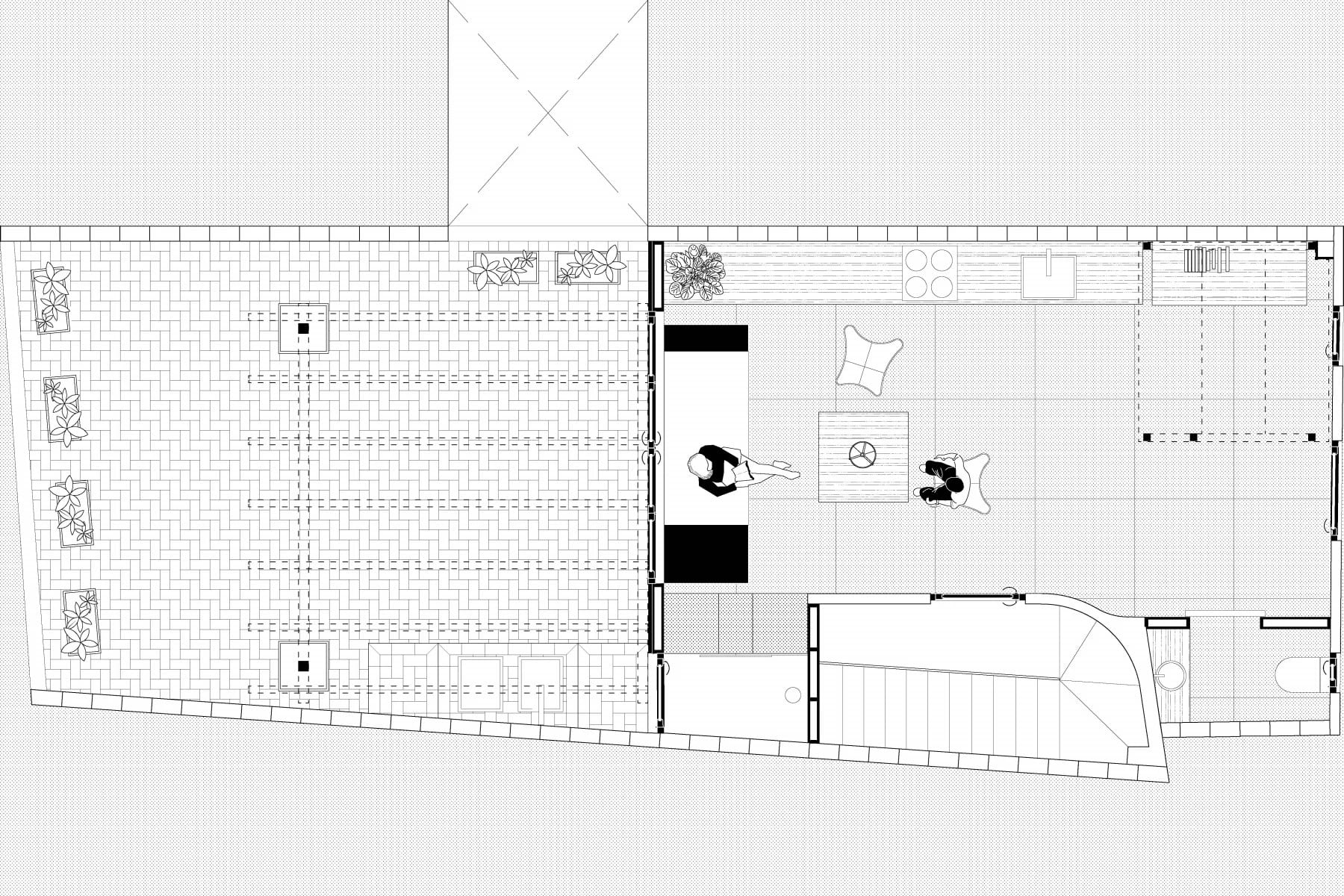 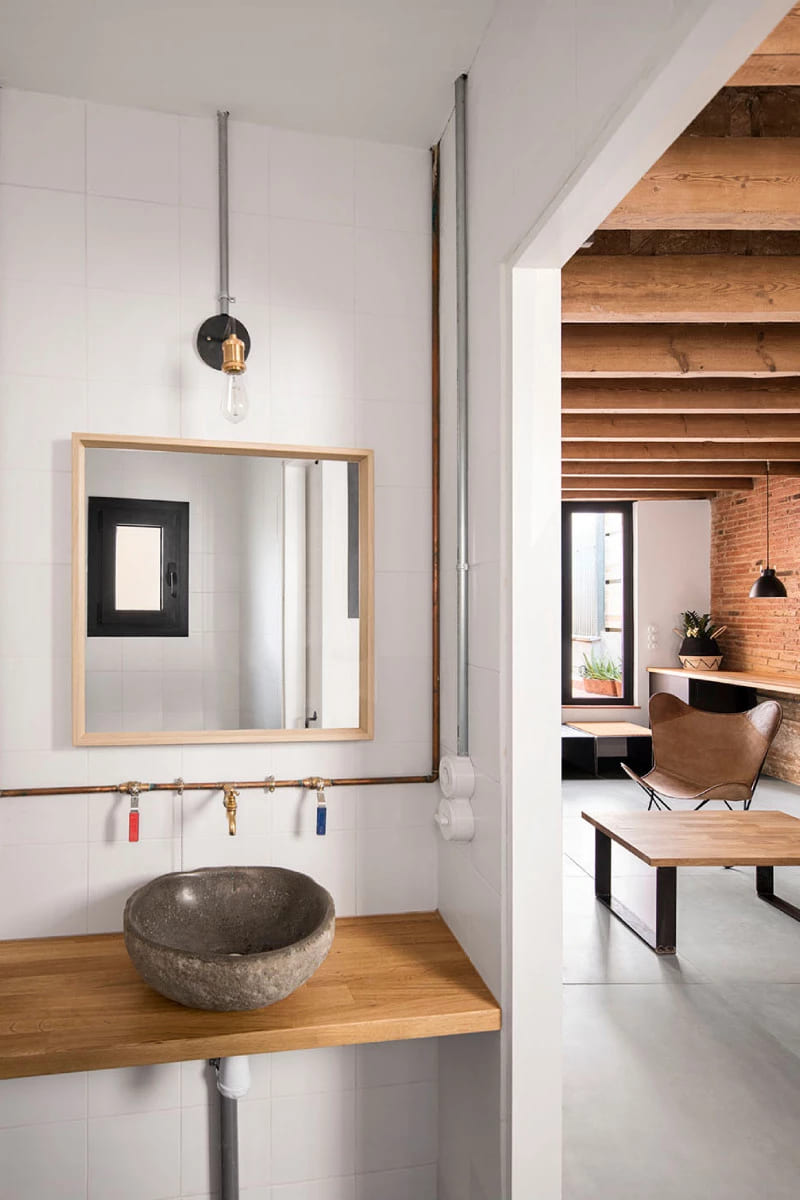 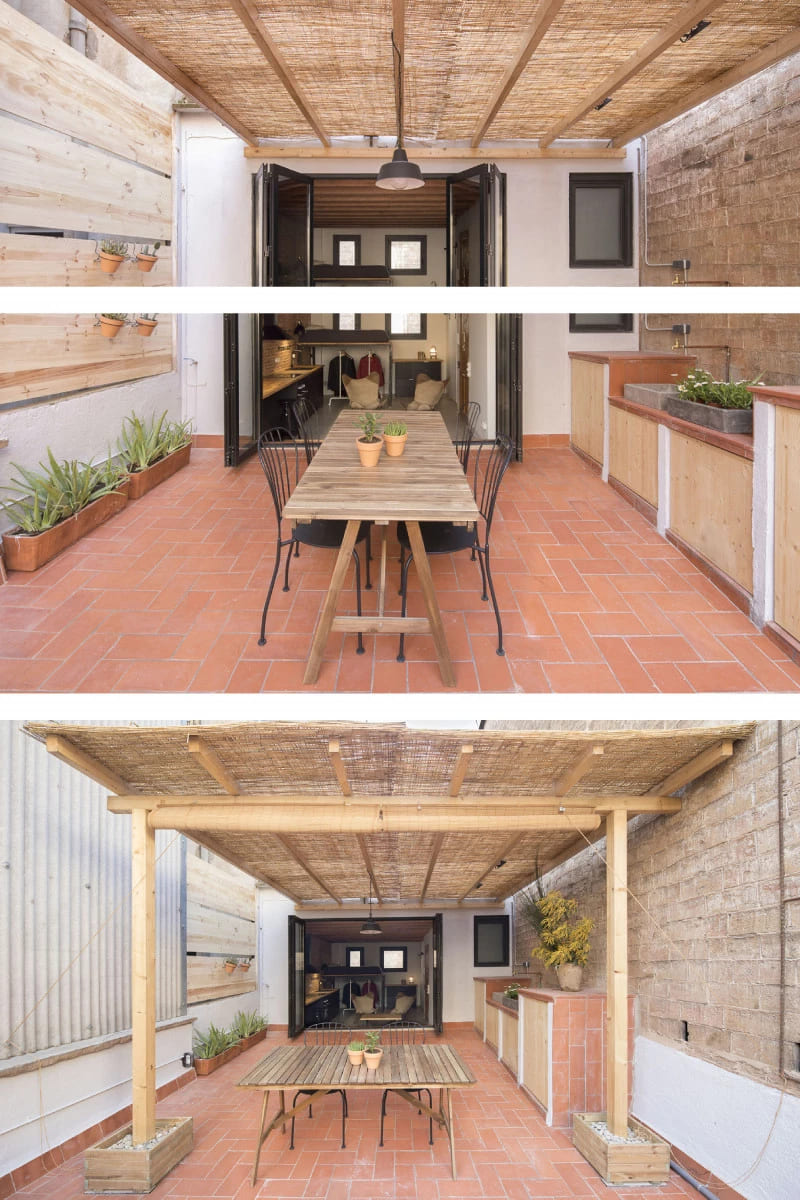 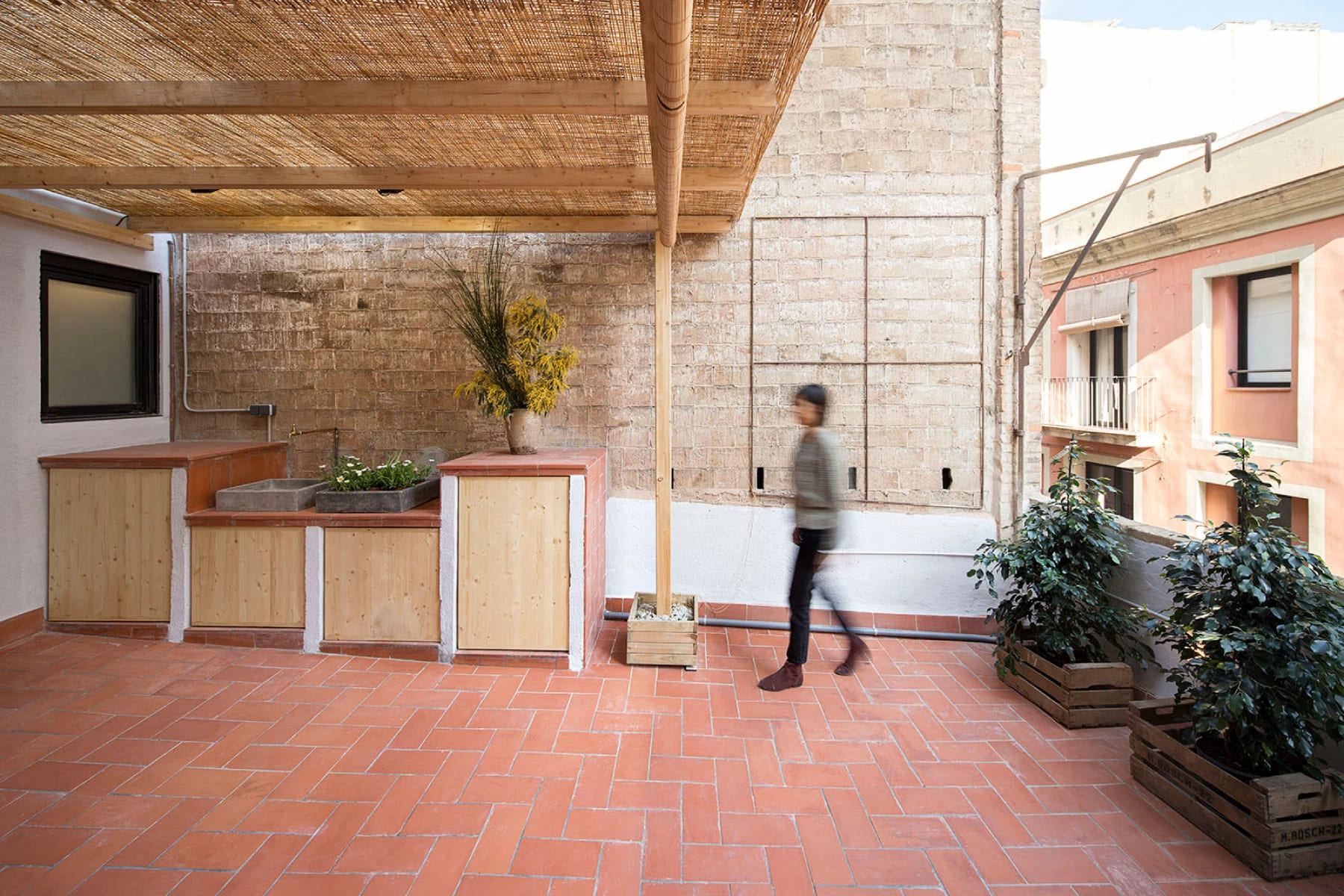